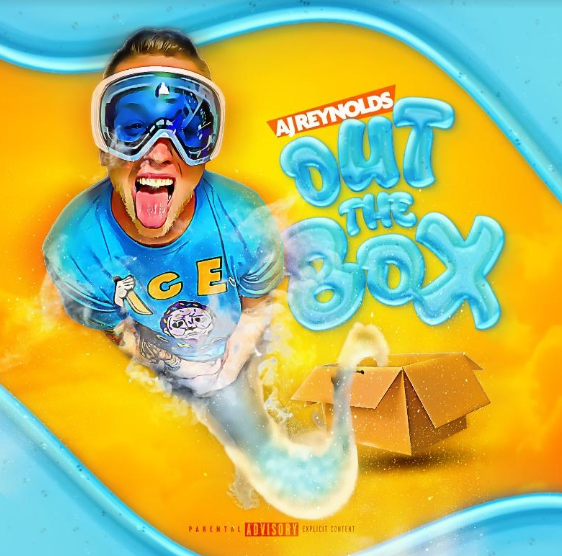 Hit after hit after hit... AJ Reynolds has proven himself to be a lyrical success as well as securing a spot on NBC TV’s ‘The Four’ to perform in front of Diddy, DJ Khaled, Meghan Trainor and also the world. Unfortunately, but in the humblest & positive way... AJ took the backseat for the last 4 years to perfect the craft of making Hits. During the process, AJ & Connor of Project 2 studios created an album during a crazy growing period in both of their lives. Taking every bit of spare time and budget and putting it towards the project while also keeping the draining fact in the back of their head that there is nothing to lean on and lay back onto when things get tough... AJ Continued his journey and passions with music and dumped everything right back into this body of work.

AJ Started thinking outside the box and began infusing that mindset into his music. From songs like "Milk" In the clubs to "Vibes" in your feelings relatable to narcissistic relationships with family & significant others. From "Cobra" on the beaches of Miami to "Fruit snacks" touching the nostalgic dreamy childhoods that most wish they could go back for one more day. This album is truly an emotional roller-coaster and vibe city at the same time.

Writing songs has always been a gift for AJ and when it comes to the music and its always going to come first. Every single day AJ wakes up and writes a song, makes a beat, films some sort of content and finds different ways to learn something new about what he loves. And this is a major part of the growing factor of this time of his life that was infused into the music.

Actually waking up and breaking financial freedom is what follows this crazy music video that he also dropped today. "Money Man Syndrome" (AJ's newest music video) is way too informative if you want to change your life financially. Most will hear a trap beat and think it’s just another trap song but if you actually pay attention... You could learn a thing or two about financial freedom. "Ya'll just don't know what I've been from, Now I get checks and I dip son, I got that multiple income, I need a mill before I get done" - AJ Reynolds Says it all. The record is purely for the people that want to do something with their lives or for the people that need that extra boost to get up and actually go start doing something. The difference between going to get a job and actually trying to start a small business or a side hustle that breaks financial freedom is a huge eye opener after listening to this record. It’s just more vibe than some "Preach in your face" kind of song.

"I just want a business, gotta pay bills, save money and add interest. maybe open up a restaurants and employ people that need a job that’s going to pay for both kids … maybe I just wanna make a difference..." - AJ Reynolds

Make Me Over Mgnt