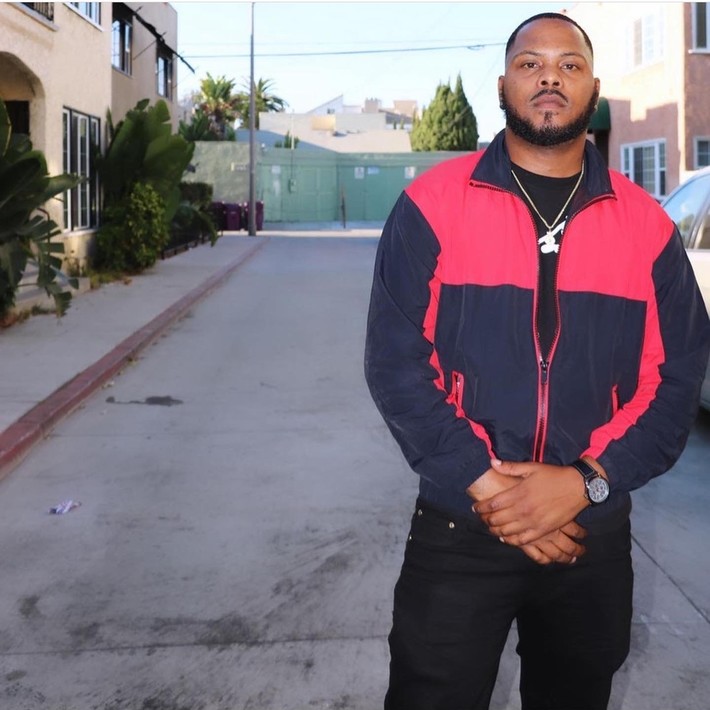 Long beach- based musician Donn John$on cemented his position as one of the most known underground artists from his city.

Known for his out the box artistry and business savy mindset, Donn John$on is definitely an artist you shouldn’t sleep on.

With childhood influences such as snoop dogg and lil wayne, Donn John$on recalls penning and setting his sights on a rap career as early as age 17.

Donn John$on started off with hoop dreams and thought basketball would be his way to make it out the eastside of Long Beach. After high school he took a liking to music and decided he would pursue that instead.

Around the age of 24 is when he really started taking music seriously and began releasing music videos such as “LA NIGHTS” and Go to work.” He also managed to get a Joe Moses feature and released a single titled “Westside in Me” in 2016.

After seeing the reception for “Westside in Me” his hunger and passion to be one of the greats grew immensely. He started doing shows and showcases and opened up for artists like Bad Azz, RJ and Troy Ave just to name a few.

“Performing is one of the best things about being an artist. It’s nothing like feeling the energy from the crowd, and seeing them react to all the hard work you put in from writing and recording songs.” - Says John$on in an interview with the Andsomemoreofit show on Dash Radio.

After doing various shows, Donn John$on took a big chance and decided to headline his own events in 2018 and 2019 at the Federal Bar in Long Beach, CA. Both shows sold out and he gained even more respect in his city and from his peers.

Fast forward to October, 2020 Donn John$on released a single titled “Touch It” featuring one of the hottest artist in LA Bino Rideaux. The song instantly became a hit and is close to 1 million streams across all streaming platforms. That is a big accomplishment for an independent artist and “Touch it” still gets played daily across the world.

He also started up his own podcast is January, 2022 “Mawlz and Donn” and released his Debut Album “First of Many” the same month which has gained a lot of attention and praise from his following.

It’s safe to say Donn John$on is one of the artist you should be on the lookout for and The sky is the limit. He also plans to release another project in June, 2022 called “The Follow Up.” Get used to the name, he will be around for a long time.