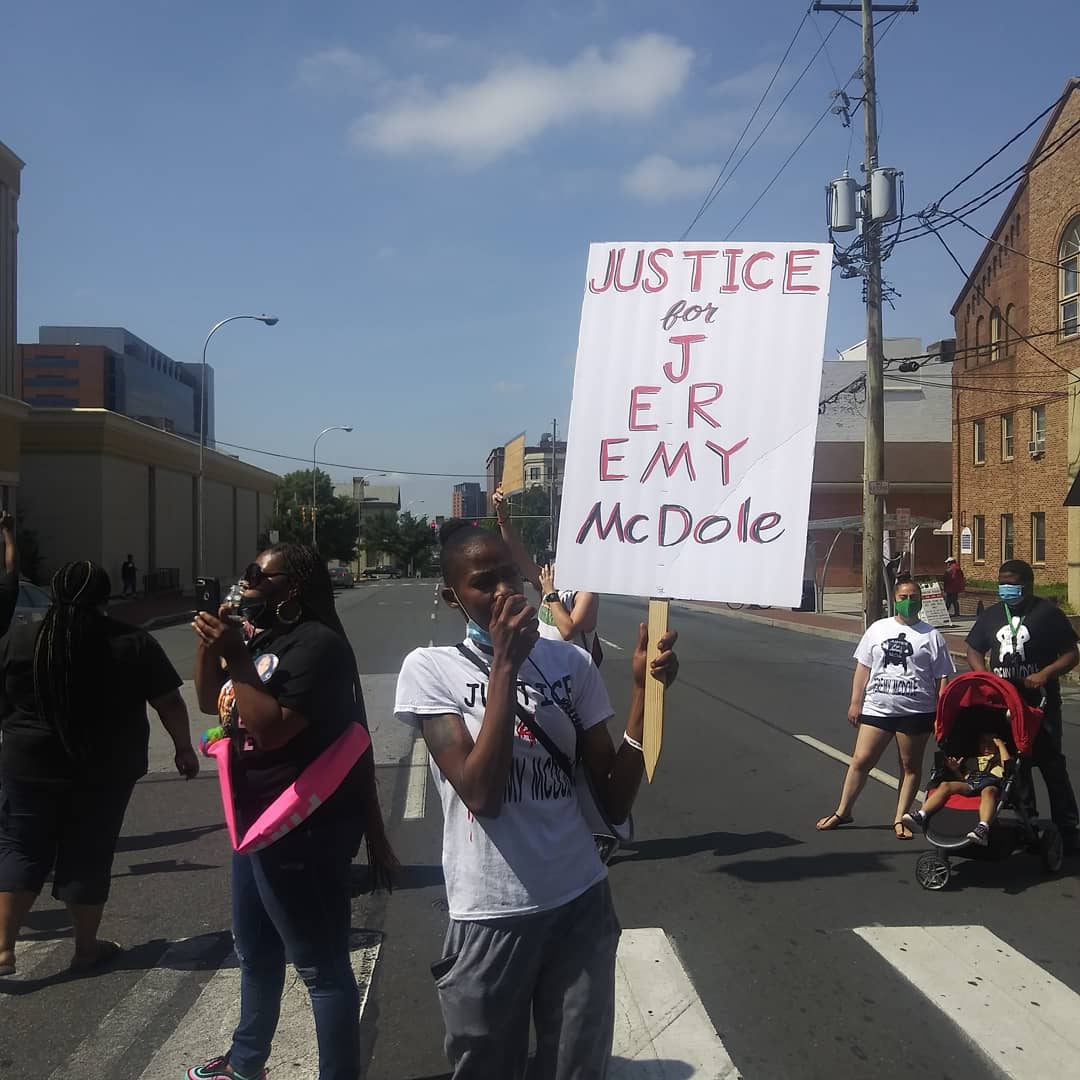 The murder of Jeremy McDole at the hands of Wilmington Police still looms over the city’s head. After his murder on September 23, 2015, there have been many protests for justice with no avail. Since the beginning, the McDole family has been asking for answers, along with justice in this case. Police told the media and the family that a gun was found on Jeremy and over the last 5 years, no pictures or weapon was produced for the family or the media. On July 28 the department decided to release pictures that they say show the crime scene and the weapon that Jeremy had. However, once you look at all the evidence, it is clear that the scene was tampered with, which takes away from the integrity of the entire scene and the officers involved.

In the video of Jeremy’s murder, we see that he falls to his left, over the arm of the wheel chair. As Jeremy falls we can see that nothing falls with him. Also several moments before the shooting, we never see anything in Jeremy’s hands. The officers on the scene also noticed his hands were empty. Reckless officer, Joseph Dellose, known as “Shot Gun Joe” arrived on the scene and promptly grabbed his shot gun. He ran up, with no regard to safety and shot Jeremy in the neck 2 seconds after telling him to “show his hands”.

In the video clip we see Jeremy and his wheel chair are facing the street. There is a grey car to Jeremy’s right. Jeremy’s chair is not touching the back of the grey car. After he is shot and he falls to the left, Jeremy’s chair stays facing the street. In the pictures that the DOJ released recently, they show the front of Jeremy’s wheel chair touching the back bumper of the grey car. It also shows a weapon close to the curb to the right of the wheel chair. We can see Jeremy’s body to the left of his wheel chair in the same picture, only showing his foot. The wheel chair is at least two feet away from his body. Per the video that is not where the wheel chair was when Jeremy fell out of it. The wheel chair was moved and placed where we see it documented in the DOJ pictures. In the video we see nothing being thrown by Jeremy or anything falling from his person or chair. Using gravity as the only factor, if this weapon was on Jeremy it would not have fell where it was. They have loosely claimed than an officer picked the weapon off of his body and moved it. That would make no sense now would it?

Police in Wilmington are allegedly not above tampering with evidence or planting it. In the Yahim Harris case, another unarmed victim of gun violence by the hands of police, it is alleged that officers tried to plant a cell phone on him, in an attempt to say that police mistook the cell phone for a fire arm. However footage from a near by pizzaeria made that claim impossible to pass off as the truth. Also on the Jabri Hunter case, video footage captured by a near by resident seemed to be tampered with by the time Special Investigator Terence Jones got ahold of the film. He was told by the residence owner that the password and log in to the footage was already given to police a week prior.

The family of Jeremy McDole continue to fight for justice for him and the city continues to protest for him, however the system in Delaware is continuing to fail and cover up the truth with great indecency and boldness. Kathleen Jennings, the current Attorney General does not seem concerned with the injustices that have happened nor does she seem interested in reopening the case on Jeremy despite new evidence being brought to her attention. She needs to be voted out. Regardless of what is said, we can see with our own eyes that there is clearly a problem. If things were like they said, there would be no need to stage a crime scene or plant a weapon. This has to be criminal...actually it is criminal  and we demand justice for Jeremy McDole. We encourage you to use your own two eyes and your common sense to see that these officers were trying to cover up their wrong doing.

Below: Jeremy sits in his wheel chair to the left of a parked grey car 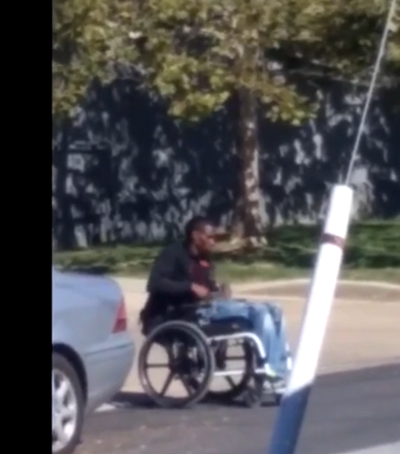 Below: Jeremy McDole falls after being shot by police 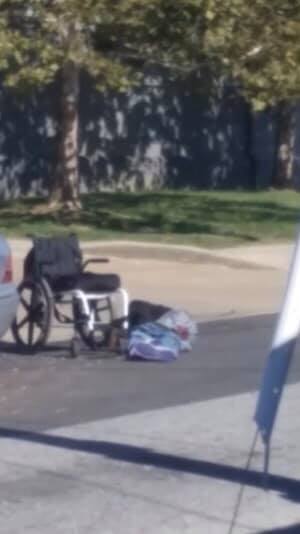 Below: Picture of the crime scene that DOJ released 28 July 2020 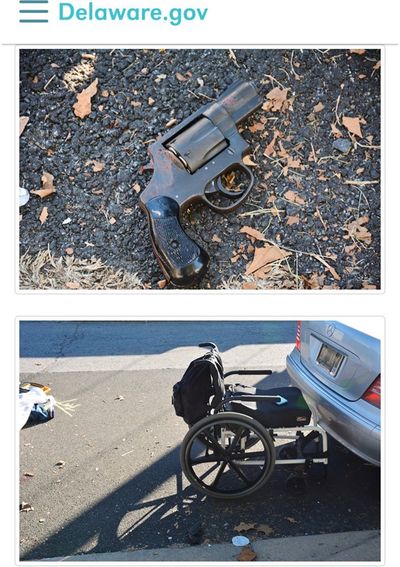 Below: News Paper Article that shows where Jeremy actually was and

where they took a picture of his wheelchair after the shooting 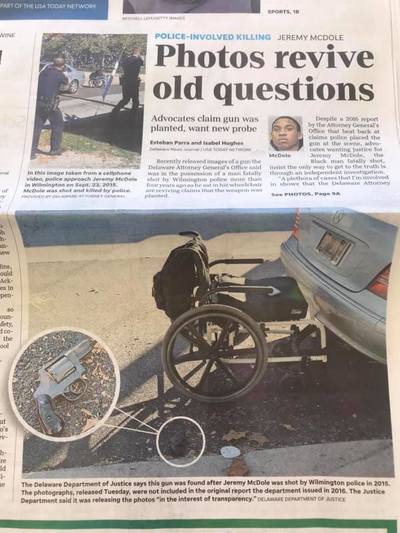 Below Viewer discretion is advised: Shows when Jeremy McDole was shot and how

he fell. We notice his wheel chair does not end up at the back of the vehicle