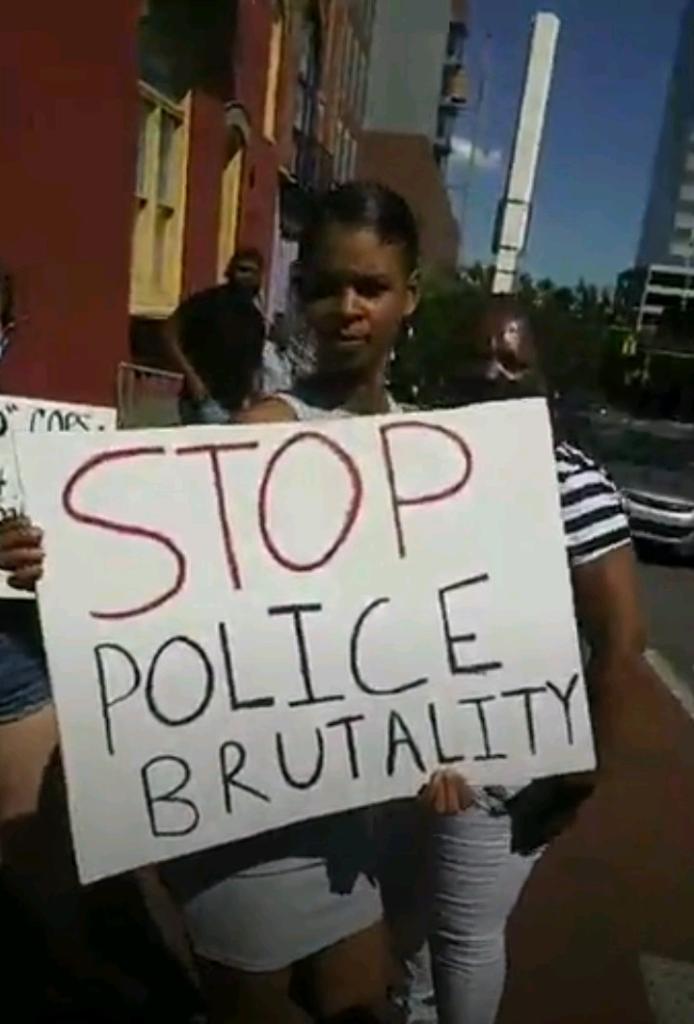 With the current climate in America, many discoveries are being made regarding the police departments and administrations above them.  In the wake of the murder of George Floyd by the hands of police officers, police reform and even talks of police defunding have all come to our attention, be it on the internet, via protests, or our television news.  Almost everyone talking about or has spoken about the condition of the police departments across America. Why, according to the numbers, Black people are killed, assaulted, and arrested more frequently than any other demographic. Many attribute this to the fact that the police force was created first as a slave patrol. The police have literally been targeting people of color since conception.


Amid my investigation of the police, the more that I've learned, the more I could clearly see that the police that we hire to protect and defend was indeed breaking the law.  Not only were they breaking the laws set within their institution, but they were also breaking the laws of the land. It seemed America has become so jaded and blinded by police's crimes that actual crimes were being accepted as "normal" police work.  However, with more crimes against black citizens at the hands of the police, the world had to take a serious look at what the police have been doing for dozens of years.


Being from Delaware, particularly Wilmington, it is no surprise that my path leads me back there.  The particular case that began the investigation further into who the Wilmington police were made of was the case of Jeremy McDole.  In 2015, Jeremy, a robbery victim who had been shot by his attacker, was confronted by police. Nearby store personnel called the police and incorrectly informed them that Jeremy had shot himself but still was armed.  When the police reached the scene, they expected him to be armed. However, it was clear very quickly that Jeremy had no weapon in his hand. Their commands went from "drop it" to "put your hands up." We will never know why Jeremy did not put up his hands, but what we do know is that Jeremy was not armed and never pointed any weapon at police, nor did at any time he had something in his hand.


The issue with this case is police initially lied about what happened.  They said that Jeremy was armed. At this time and still, to this day, Wilmington police do not have body cams, so this was a lie easy to tell.  However, footage captured by a bystander quickly showed that it was a lie. The leading officer of interest, in this case, is named Joseph Dellose, who went by the nickname "Shotgun Joe" at the time.  One of the interesting points of this case is Dellose was not called to this scene. Officers were already deployed and in place when he decided to speed over and become involved. Once arriving, the officers on the ground told Dellose to stand down; however, he didn't, and he shot Jeremy in the neck with a shotgun.  When asked why he behaved that way, official documents say he stated, "he had tunnel vision." As a result, Dellose was never allowed to carry a weapon again. He was eventually fired because he continued to have incidents.


This was not the only issue that Wilmington police seem to have. There is another incident of Jabri Hunter. Jabri had been shot by an officer and was parked on the side of the road unconscious.  What makes this case particularly interesting is because officers visited the home of a neighbor who had video footage of the shooting. Once Terence Jones, a private investigator, reached the neighbor, he found out the neighbor had already given the user name and password to police.  Jones then discovered that the copy of the tape had been altered, stopping right before the shooting. This is not the first time Wilmington police have had incidents with tapes. When Jeremy McDole was shot, they also altered the recording, cutting off or blurring out the actual shooting.  They even scrubbed it from the net, until recently. To add insult to injury the day before the preliminary hearing, it was decided that there would be a new lawyer appointed over Jabri's case. The lawyer that was chosen had no real knowledge of the case. Jabri never got the chance to face his accusers because not one officer involved in the shooting showed up in court.  The criminal acts within the Wilmington police continue.


Another victim of Wilmington's police is Yahim Harris.  Yahim, just like the other young men in this article, was unarmed when police fired at him. Though still being investigated, it seems that the police attempted to plant evidence on Yahim, but a local storefront camera caught the crime on tape. This alleged officer still serves on the Wilmington police force.  What Yahim's case and Jeremy cases have in common is Officer MacColl was involved in both incidents (Cherry, 2019). Yahim Harris, though lucky to be alive, will be affected for the rest of his life for this incident. Though Yahim was suspected of carjacking and having a weapon, eventually all charges were dropped. Terence Jones once again stepped in as the civil rights investigator. He said through enhanced video, "it is pretty clear that Yahim Harris had nothing in his hand" (Parra, 2019). In the McDole and Harris case, police have stated a gun was present; however, no evidence of one has ever been presented to the state or the families.


These incidents have made police make comments and mentions of adapting better escalation of force practices; however, we are unclear if this has taken place.  In 2017 in an article by WDEL.com, titled "Wilmington Police to Adopt New Use of Force Policy, Jeremy McDole will not have died in vain" (Huet, 2017). it is clear that not only the citizens can see that the police in Wilmington has had the ability not to face the consequences after they shoot unarmed citizens. The Wilmington police currently are protected by law with immunity. "Our attorney general said that he could not indict officer Joseph Dellose, who shot and killed Jeremy McDole because in Delaware we have a different standard. It's is not an objective reasonableness. It is the subjective fears or thoughts of the officer" (Neuberger, 2017). This states that an officer can say that they feared that their life was in danger, and they can shoot or kill a citizen with no consequence. The attorney general at the time believed that Dellose should have felony assault charges pressed against him once more evidence was gathered (Neuberger, 2017).  The new attorney general seems to think differently.


Kathleen Jennings, the current attorney general, seems not to be interested in reopening the case on Jeremy or finding justice.  Even when presented with new evidence by Terence Jones, a private investigator and Founder/Executive Director of Total Justice Lead Investigator has stated his opinion and the community's opinion that Jennings is corrupt and "the oppressor."  When he alerted Jennings that there was new evidence on the McDole case, she stated that she didn't plan on reopening the case. However, when presented with new evidence, this evidence is supposed to be considered and investigated. Jones plans on putting together a petition that calls for Jennings to resign.  During a protest on July 11, 2020, protesters shouting "4 more years? Hell no! Kathleen Jennings has got to go"! Upon meeting with family recently, Jennings didn't even bring a note pad. More to follow.


Cherry, A. (2018) “Wilmington Officer Cleared in 2nd Police-Involved Shooting of His Career". Retrieved from WDEL.com


Huet, L. (2017) "Wilmington Police to Adopt New Use of Force Policy; Jeremy McDole Will Not Have Died in Vain." Retrieved from WDEL.com


Neuberger (2017) Quoted in: "Wilmington Police to Adopt New Use of Force Policy; Jeremy McDole Will Not Have Died in Vain." Retrieved from WDEL.com 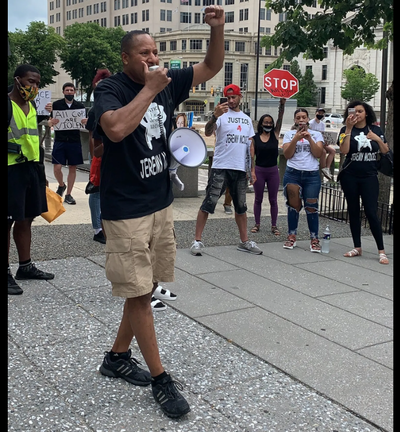