Julius Jones death sentence that was to take place today, Thursday, November 18, 2021 was commuted by Gov. Stitt out of Oklahoma after much national and international outcry. We heard of the case just Tuesday and was blown away with what we read.  Th

When I first met  Shané Darby it was during a protest. She didn't stand out in any special kind of way; she was jusrt there, standing tall, with a face full of determination, and eyes full of passion and care. I continued to see her at these protest

Anyone who has been paying attention has noticed that Delaware, particulary Wilmington, has been in the news a lot for the last couple of years.  When the death of George Floyd sparked a wave across the entire nation, it caused people to stand up for

Are new Wonder Woman series showcases the Wonder Women in our lives. If you have a recommendation please email HipHopHumanismHr@gmail.com with: WONDER WOMAN in the subject line. 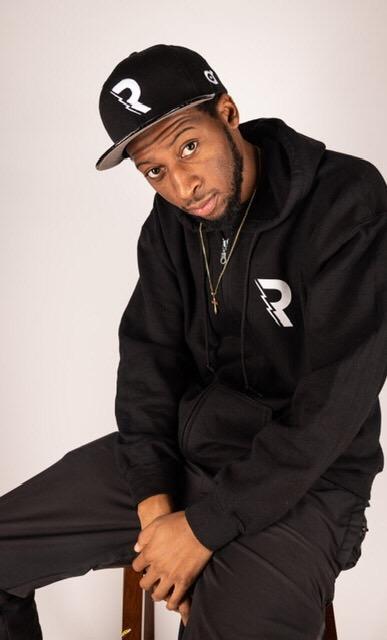 Humanism is a rational philosophy informed by science, inspired by art and motivated by compassion. Affirming the dignity of each human being, it supports the maximization of individual liberty and opportunity consonant with social and planetary resp

Across America the prison systems seems to be failing. From personal accounts as well as family reports, their screams cry that the system across the nation is failing at their jobs, failing at keeping up with their responsibilities and failing the p

For more on B.L. Shirelle: https://linktr.ee/Blshirelle

The murder of George Floyd opened the eyes of most everyone in America, even the world. 2020 in fact was doing just that, giving people perfect 20/20 vision to see the injustices more clearly. Now more aware myself I took to Delaware, more particular

For the last 7 days various Delaware residents have been gathering outside the house of Mayor Michael S. Purzycki. The reason they are there is because they are fed up with the Mayor and his silence when it comes to the increasing gun violence in the

The murder of Jeremy McDole at the hands of Wilmington Police still looms over the city’s head. After his murder on September 23, 2015, there have been many protests for justice with no avail. Since the beginning, the McDole family has been asking f

September 23, 2015 the life of a family was changed forever. Their son, brother, uncle, cousin and friend was tragically taken by police violence. No one could of imagined that Jeremy would not make it home that night. Most of the children in his nei

With the current climate in America, many discoveries are being made regarding the police departments and administrations above them.  In the wake of the murder of George Floyd by the hands of police officers, police reform and even t

September 23, 2015 the life of a family was changed for ever. Their son, brother, uncle , cousin and friend was tragically taken by Police violence. They continue to be victimised by a system that as of to date, have not given Jeremy McDole, loving c

Prod Rez aka Christian Collins was interviewed in 2018. He is a musical producer as well as a full time student. We will be catching up with him again to see what he has been up to and what he has since created.

While being taped without his knowledge this officer decided he wanted to assault the civilan in this clip.

THIS ISNA CRIME! just because they are the police and just because you may be running your mouth THIS IS ASSAULT! This officer didn’t know he

It seems that laws that were most likely made in Georgia during the Jim Crow era are the main defense of the DA over the case who says that the father and son team who chased and shot AhMaud Arbery, because of Georgia law.  The video talks more about

This story is ever growing. We send prayers and well wishes to the family of AhMaud Arbery, and will do our part to get his story heard.